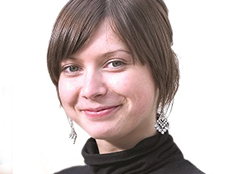 The Strength to Move On

Not long ago, Kate* was a prisoner of an abusive marriage built on fear. A victim of childhood abuse for much of her youth, Kate suffered into adulthood in relationships filled with cruelty and violence. At Family Service of the Piedmont, Kate found the support she needed to escape and begin a new life.

Kate met her husband through a blind date. “That first night he threatened me and told me if I didn’t do what he said that he’d kill me,” she says. “He proceeded to assault and rape me. Nothing like that had ever happened to me before. I had no clue as to what was going on.”

“I stayed with him because of fear,” Kate admits. “He had that intimidating hold on me.” Kate became pregnant and married her abuser. “He was in the Sheriff’s department at the time and wanted stature and standing in the community,” she says.

Kate’ abusive marriage lasted years. “I endured it because my daughters were too important to me and I didn’t want to uproot them,” she says. But finally she had had enough. “I was exhausted, I was tired, and I started planning my escape. I began making a safety plan.”

Kate fled to Greensboro as soon as her youngest daughter was settled at college. She had been offered a place to stay by an acquaintance. But that man also turned out to be controlling and abusive, just like the husband she had fled from. “I had jumped out of the frying pan and into the fire,” she says.

Resolving not to repeat her last bad relationship, Kate planned to leave. “When my new boyfriend found out he blocked the door, threw me on the couch, and proceeded to strangle me,” she says. Kate escaped and sought refuge at a nearby school, where she spoke with a social worker about her options.

Kate was referred to Family Service of the Piedmont. She lived at the women’s shelter for about a year.

“The staff was such a great group of people who worked to support me,” she remembers. “I honestly could not have done it without Family Service. I have no idea where I would have stayed; I probably would have been sleeping in my van.”

Kate used her time at the shelter to get back on her feet financially, and to confront the issues that surrounded her from a lifetime of abuse and mistreatment. “Family Service made sure I had the assistance I needed,” she says. “I was offered an abundance of programs and supportive services during my stay at the shelter. Crossroads [the agency’s support group for women who are survivors of domestic violence] was very supportive and encouraging. That gave me the chance to be around other women that I had something in common with and could actually talk to.” Kate remains close and keeps up with a number of these women today.

The shelter staff and other residents gave Kate the kind of encouragement she had rarely experienced. “If you felt like you didn’t have anything that would keep you going, they kept you going,” she says. “Family Service has people that genuinely care. That makes all the difference in the world. “

Want to help?  Click here to donate and support the domestic violence shelters and other programs of Family Service. Thank you!

No Longer A Victim »
« Not a Place of Safety