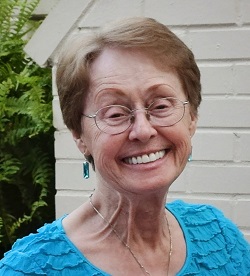 Living Life to the Fullest

My wedding was what every young girl dreams of”, Allene recalls. “It was a beautiful church ceremony overflowing with people who loved and supported me.” But almost immediately following that magical day, her dreams were shattered. Her husband’s abuse started with slapping, but then led to more violent acts of shoving, hitting and kicking before it escalated even more. As Allene explains, “I was shoved into a small closet with a loaded shotgun in my mouth and was told he would pull the trigger if I even breathed. I had my head thrust in a commode. I was forced to withstand things no human being should ever have to. I learned how to take the physical part fairly well, but the verbal and emotional abuse was much harder to deal with.”

This nightmare continued for thirteen very difficult years. The only bright spots in Allene’s life were her two young daughters. She knew she should leave but fear kept her in this prison; she didn’t know how to make it happen or how she could care for her daughters.

Finally, Allene got out. “On January 4th, I woke up, dressed for work and got the girls ready for school just like any other day.” But instead of going to work and school, Allene and her daughters secretly left town that morning.

Allene says, “All I had was a diesel pick-up truck with a half-empty tank of diesel fuel, $60 in cash (no credit or debit cards), one change of clothing for each of us, a few toiletries and a white stuffed dog named Spike.” They left everything else they had ever known.

Still, she feared her husband’s retaliation. “I couldn’t go to my family because I knew that would be the first place he would look,” she says. “I knew he would accuse me of stealing the truck and kidnapping the children.” With the help of the local Sheriff, Allene eventually connected with Family Service of the Piedmont and found shelter at Clara House in Greensboro.

Allene and her children stayed at the shelter for six months. “We all received counseling. They helped us with food, clothing and other necessities,” she says. “They helped me write a resume and get job interviews. Most importantly, Family Service helped us to know life was not supposed to be what we had known for so long. It took a while but eventually I was able to get an apartment and we started over.”

“Family Service is the most wonderful organization. If it wasn’t for them, I have no idea what would have happened”, Allene says. “More than likely I would not be here today.” Both of Allene’s daughters graduated from college and have successful lives. Through much hard work and perseverance, Allene went from temporary jobs as needed to a permanent job working with Employee Benefits. Currently, Allene is a Consultant/Voluntary Benefits Plan Administrator as a one-third partner in her full service insurance and employee benefit consulting firm.

“I hope I can inspire someone to take hold of their life and live it to the fullest,” summarizes Allene. “By God’s grace and help, I can truthfully say things have been hard but I have lived my life, before marriage and after marriage, to the very fullest possible. For that
I am eternally thankful.”

Want to help? Click here to donate and support victim advocacy and other programs of Family Service. Thank you!